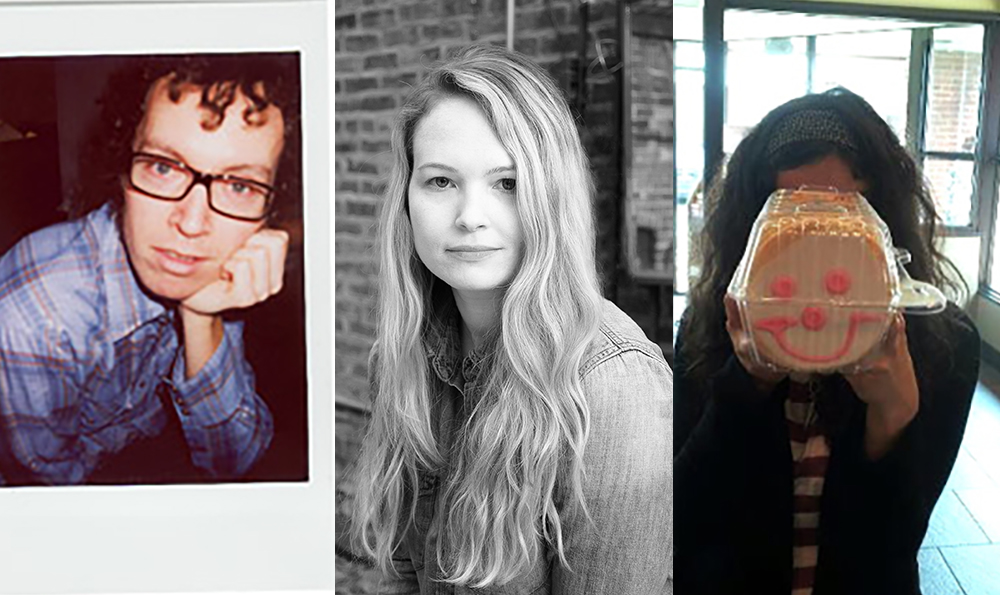 Ali Power is the author of the book-length poem A Poem for Record Keepers (Argos Books, 2016) and the co-editor of the volume New York School Painters & Poets: Neon in Daylight (Rizzoli, 2014). Power’s poems have appeared in the Brooklyn Rail, LIT, No, Dear, The Pen Poetry Series, and elsewhere. From 2008 to 2015, she was an editor at Rizzoli Publications in New York. Currently, she is pursuing her master’s degree in social work at New York University and co-curates the KGB Monday Night Poetry Reading Series.

Claire Donato is a writer, educator, digital art curator and accidental performer. Her books include Burial (Tarpaulin Sky Press), The Second Body (Poor Claudia), & Someone Else’s Body (Cannibal Books). She teaches at Pratt Institute and is a Writing Associate at The Cooper Union and has taught previously at Parsons The New School for Design, School of Visual Arts, Fordham University, Brown University, 826 NYC and UnderAcademy College, a ‘pataphysical online college as collage that was ultimately realized—at least provisionally—as a free school. She is also an independent digital arts curator at Babycastles Gallery in Manhattan.

Jeff T. Johnson is a writer, critic, and editor living in Brooklyn, NY. He grew up in the suburbs of Los Angeles and lived in Oakland, CA for 16 years before relocating to the East Coast. His writing has recently appeared or is forthcoming in Fanzine, PEN America, Jacket2, Encyclopedia Vol. 3, Tarpaulin Sky, and elsewhere. His open-field concrete digital poem THE ARCHIVERSE is documented at archiverse.net, and is anthologized in Electronic Literature Collection Volume 3. A chapbook, trunc & frag, is at Our Teeth. He is currently a Visiting Instructor at Pratt Institute. For more information, visit jefftjohnson.com.