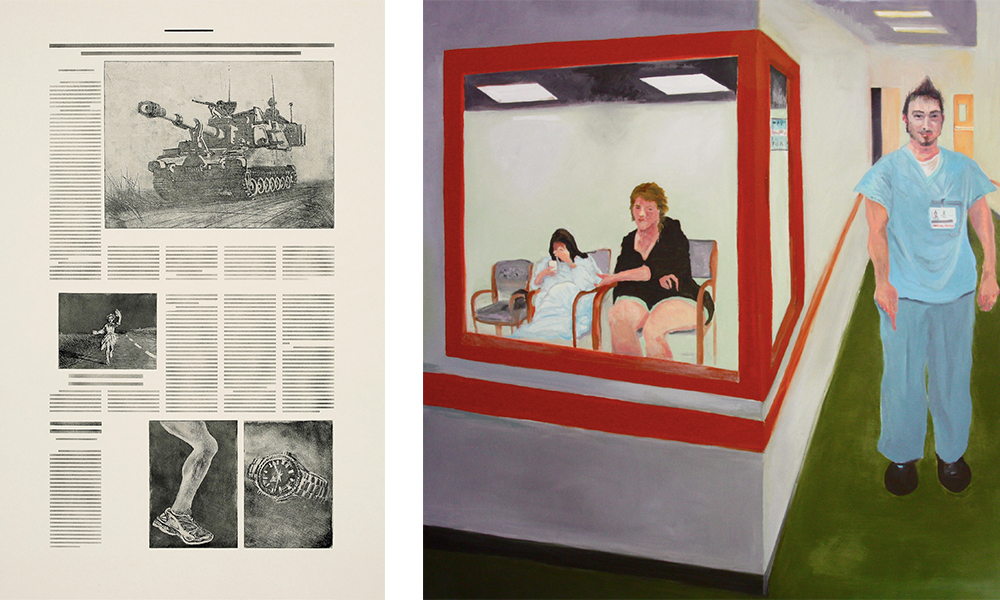 Bushel is pleased to present new work from NYC- and Andes-based artists Alina and Jeff Bliumis. The pair have worked collaboratively since 2000, but this show is built around a single recent series from each artist: POST NEWS from Alina Bliumis and VIEW FROM BELOW from Jeff Bliumis. POST-NEWS is a series of single-print etchings inspired by the unintentional visual narratives newspaper pages convey and their aftereffects on readers; VIEW FROM BELOW consists of oil paintings of Delaware County residents and workers inspired by the views—both real and imagined—of a patient confined to a hospital bed for an extended period.